Annie Oakley
“I was eight years old when I made my first shot, and I still consider it one of the best shots I ever made.” 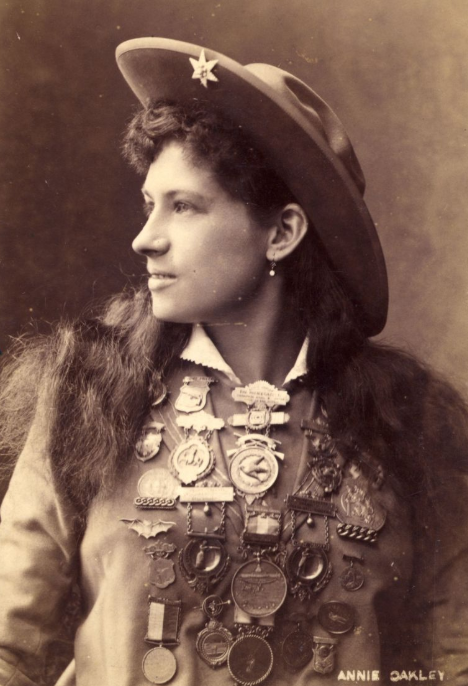 A name synonymous with women sharpshooters, Annie Oakley was born Phoebe Ann Mosey in August of 1860 in rural Ohio. After her father died in 1866 from pneumonia, her family was thrown into poverty. In 1870, she and her sister Sarah Ellen were sent to the Darke County infirmary where they were left in the care of Samuel Crawford Eddington, the infirmary’s superintendent. The Eddingtons sent Annie to a local family to act as a nanny, erroneously being told she’d be paid fifty cents per week and given an education. Instead, she encountered some of her darkest days. She spent two years in indentured servitude with the family she would later call “the wolves.”

Annie Oakley’s formative years were harsh; she endured death of family members, poverty, abuse, and a future that looked bleak. As a teenager, she returned home and helped her family by hunting game for their grocery store.

And she was good at it.

She earned enough money thanks to her skills to pay off the mortgage on her mother’s home by the age of 15.

Fifteen years old and a shooting star, a breadwinner for her family. At 15 her life was changing forever and for the better. Her skills had caught the eye of her future husband, Frank E. Butler, a travelling show marksman with a penchant for placing bets that he could beat any local shooter.

He couldn’t beat Annie. “I was a beaten man the moment she appeared,” Frank later said, “for I was taken off guard.” They married soon after and Frank would later write of Annie, “Her presence would remind you, Of an angel in the skies, And you bet I love this little girl, With the rain drops in her eyes.” 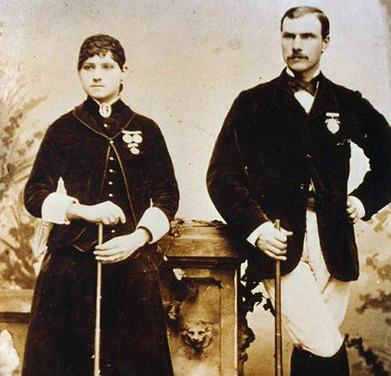 Frank and Annie would later tour to display her astonishing marksmanship. Annie adopted the last name of Oakley and the couple went on to join Buffalo Bill’s Wild West show. Annie was now a star.

Women shooters and hunters were not a new phenomenon. What was striking in Annie’s case was her stature and age. She was young, tiny, and deadly. She was America’s first real female star, a role model for young women. She toured the world, performing for the likes of Queen Victoria and other world leaders. She was Little Miss Sure Shot. She was a star. 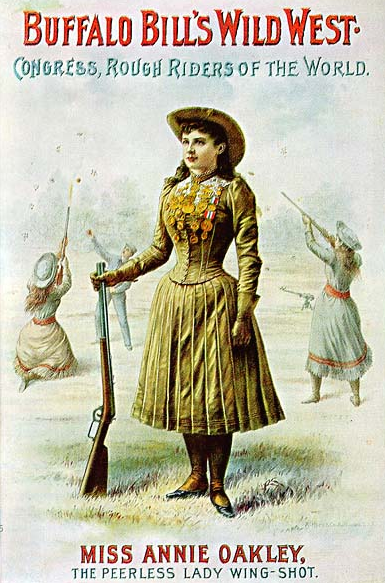 Annie continued to be a source of inspiration up to, and arguably after, her death in 1925.

Annie is an undisputed champion of shooting. She paved the way for women sharpshooters to be taken seriously and showed that women could handle firearms just as well as men. She trained women to be one with a firearm, to not fear it but see it as a vital tool. Without Annie, many women would not have learned marksmanship and been able to pass on those skills to their daughters. Annie is a true pioneer in shooting sports.

BACK TO ALL POSTS